It has been named after the word coin in Farsi as it features one of the ancient Sasanid coinages from Late Antiquity era in the Persia. Sasanian, aka neo-Persian empire, is regarded as the last Persian Imperial Dynasty before the Muslim conquest in mid 7th century AD. They have also been coined as people who first called the land of Persia by its modern name, Erānshahr that meant the land of Aryans.

Framed
A framed, enhanced poster whose museum-quality giclée Epson matte paper will give your design a polished look. What’s more, it’s already framed, and ready to adorn any room you wish.

Canvas
A canvas is a statement piece and artwork all in one, so turn your photo-quality prints into eye-popping art!

Delivery
Delivery estimates outlined during the checkout process do not include order fulfilment period. Please allow up to six additional days for your order to be fulfilled. (All estimates are in business days)

Be the first to review “Sekkeh | Wall-Art” Cancel reply 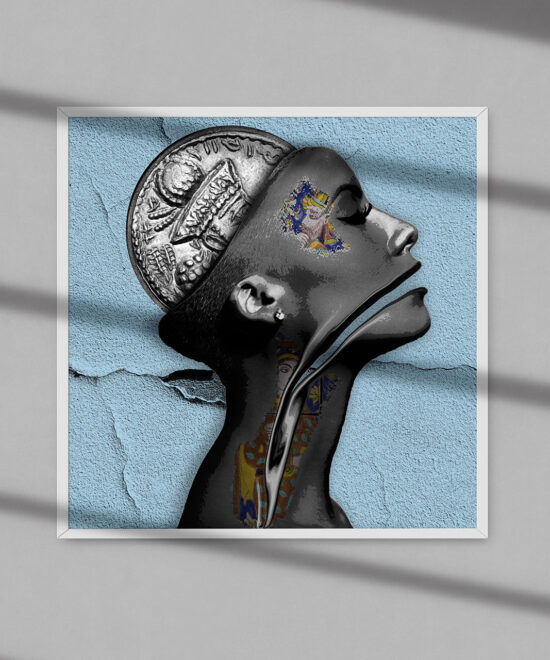